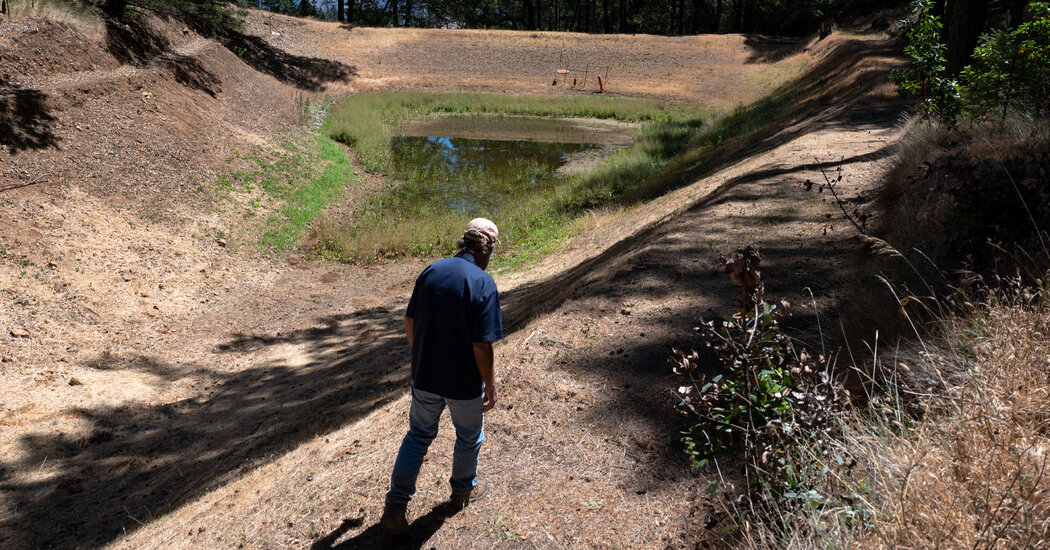 Their fate matters even for those who can’t tell a merlot from a malbec. Napa boasts some of the country’s most expensive farmland, selling for as much as $1 million per acre; a ton of grapes fetches two to four times as much as anywhere else in California. If there is any nook of American agriculture with both the means and incentive to outwit climate change, it is here. But so far, the experience of winemakers here demonstrates the limits of adapting to a warming planet. If the heat and drought trends worsen, “we’re probably out of business,” said Cyril Chappellet, president of Chappellet Winery, which has been operating for more than half a century. “All of us are out business.”‘I don’t like the way the reds are tasting’Stu Smith’s winery is at the end of a two-lane road that winds up the side of Spring Mountain, west of St. Helena. The drive requires some concentration: The 2020 Glass Fire incinerated the wooden posts that held up the guardrails, which now lie like discarded ribbons at the edge of the cliff. In 1971, after graduating from the University of California at Berkeley, Mr. Smith bought 165 acres of land here. He named his winery Smith Madrone, after the orange-red hardwoods with waxy leaves that surround the vineyards he planted. For almost three decades, those vineyards — 14 acres of cabernet, seven acres each of chardonnay and riesling, plus a smattering of cabernet franc, merlot and petit verdot — were untouched by wildfires.
Source